1840, the new range created to showcase some of the magnificent old vines at the Caversham estate, is so named for the year Sandalford’s founder, John Septimus Roe, established the multi-awarded winery.

“Roe established our estate here in the Swan Valley after Queen Victoria bestowed him with the second land title in Western Australia as a reward for his work as the state’s inaugural Surveyor General,” explains Sandalford CEO Grant Brinklow.

“We are paying homage to this occasion and at the same time looking to the future of the Swan Valley in this new range of wines.”

“To reflect such a unique history, the 1840 label design was inspired by the original sketch map of the Swan River Settlement made by Roe in 1829.”

“The 1840 range was created to showcase some of the magnificent old vines we have still in production here at Caversham. In doing the research for this release, I haven’t been able to pinpoint exactly what year they were all planted, however we know the Shiraz and Cabernet Sauvignon were both put into the ground in the mid – late 1960s making them over 50 years old,” she said.

“The initial release of this wine from the 2016 vintage was made in small batches, resulting in a very limited amount of individually numbered bottles produced.”

The wines retail at Sandalford’s Swan Valley cellar door at $AUD33.00 and are vegan and vegetarian friendly. On September 1st, both the 1840 Shiraz and Cabernet Merlot wines will be showcased to the public at a Degustation Dinner in Sandalford’s superbly elegant Oak Room.

Priced at $185 per person, the degustation menu features 8 courses matched with other additional carefully selected wines. 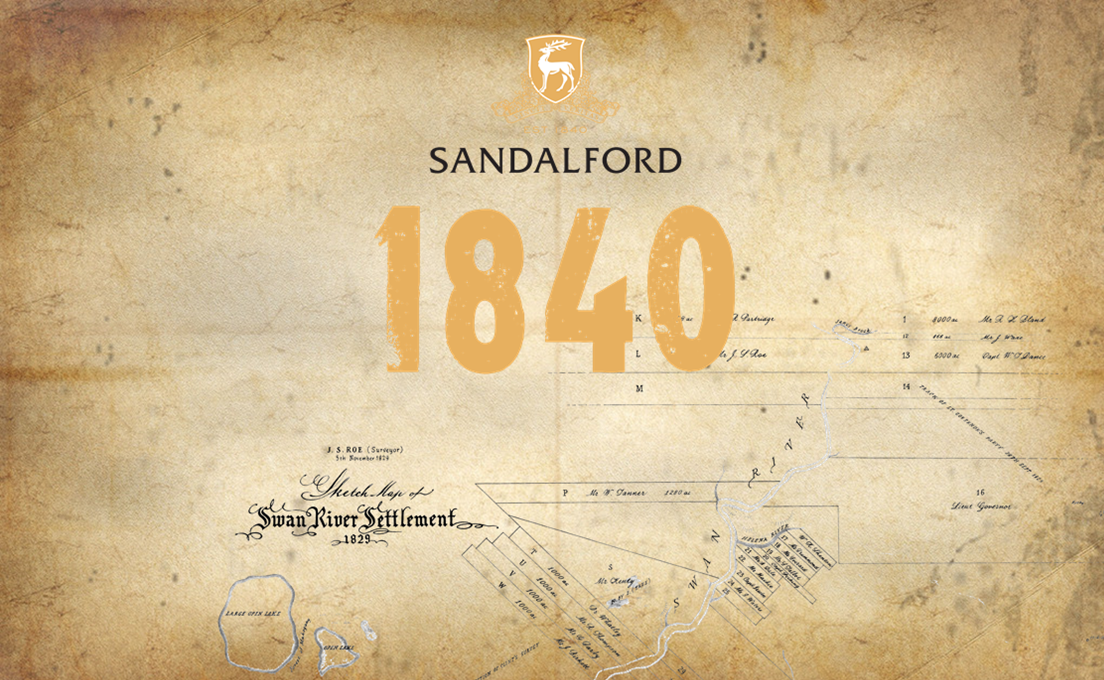